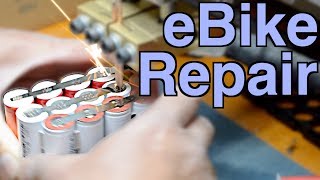 Electric bike batteries need service, sometimes rebuilding too. Luckily, there’s a place in Vegas that warehouses for BTN bikes, and rebuilds battery packs for ANY electric bike. Sure enough, call them up if you have questions.