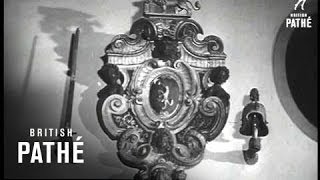 During the film festival Countess Volpi holds a ball and was dedicated to the British film Moulin Rouge. Italian commentary.

Note on the end of shot list ‘Handed to me by Mr Thomas’.