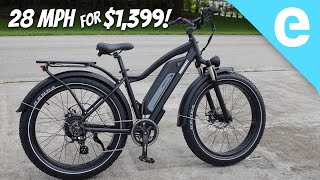 The Himiway Cruiser ($1,399 https://bit.ly/Himiway-Cruiser) is a value-oriented e-bike that matches moderate quality components with great performance numbers. Check out our full review article at https://electrek.co/?p=151769