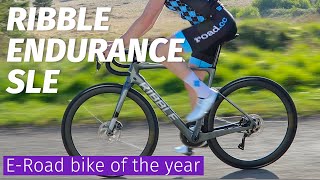 Dave gives you his thoughts on the Ribble Endurance SLE E-road bike, which we awarded the title of e-road bike of the year 2019/2020.