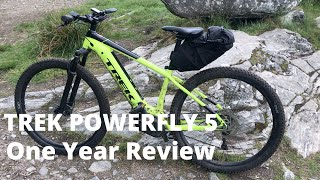 I bought this e-mountain bike a year ago so this is a good time to take a good look at it, list its pros and cons and consider if an e-bike will get you fitter or not