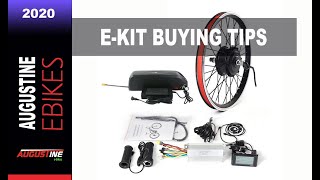 If you love cycling and haven’t tried an E-bike you don’t know what you’re missing.

SUBSCRIBE to our channel so we can keep bringing you the latest on the world of E-Bikes!
http://www.youtube.com/channel/UCdYCSupNNEIZMUMbkaG80fw?sub_confirmation=1

Thanks for watching, and please feel free to leave a comment, suggestion, or critique in the comments